Wearable music controllers aren’t anything new, the idea of controlling music with motion has also been around for years. From ring-shaped MIDI controllers to musical gloves, we have seen a boom in this type of devices over the past few years. Here at Sonic Instruments, we have MO-Band - a wrist band which adds a whole new dimension of expressiveness to your music.

As musicians ourselves, we all struggled in the past to realize our musical ideas with technologies available on the market. For example, I’ve worked on a live electronic piece collaborating with 3 dancers, and I wanted to get the motion data from the dancers and map it to some music parameters. However, there wasn’t such a device or solution available back then, so in the end, I attached 6 iPhones onto the dancers’ arms… That was an ugly solution, and there are a lot of musicians out there who are still struggling the same way as I did. That was the original motivation for us to create MO-Band.

As creators, we expect MO-Band to do more than just solving such problems. In the past few years, crossovers have become a trend in the music and art community, musicians started to collaborate with dancers, visual artists, painters, and even engineers. These crossovers often give birth to something truly remarkable, sometimes even new, revolutionary artforms. Here at Sonic Instruments, we are doing our best to make our contribution to the development of art, and MO-Band is our first step. We believe it will encourage you to think outside of the box more, bring you some fresh perspectives on sound and music, and we can’t wait to see all of the amazing things you’ll come up with.

Because it just makes sense. You may not notice, but there is a lot of natural motion going on in the world of music. Singers raise their arms when hitting a high note. Guitarists lift the guitar up high when playing crazy solos. Keyboardists tend to “vibrato” the keys when playing something emotional, even though vibrato doesn’t make any sense to the keys… We do all of these motions so naturally because we really feel the music, and we want to express it to the audience so they can feel how we feel. Not only does the bond of motion and music exist, but it also has a huge potential, think about how dynamic and sensational your performance will be when you express music with your whole body. 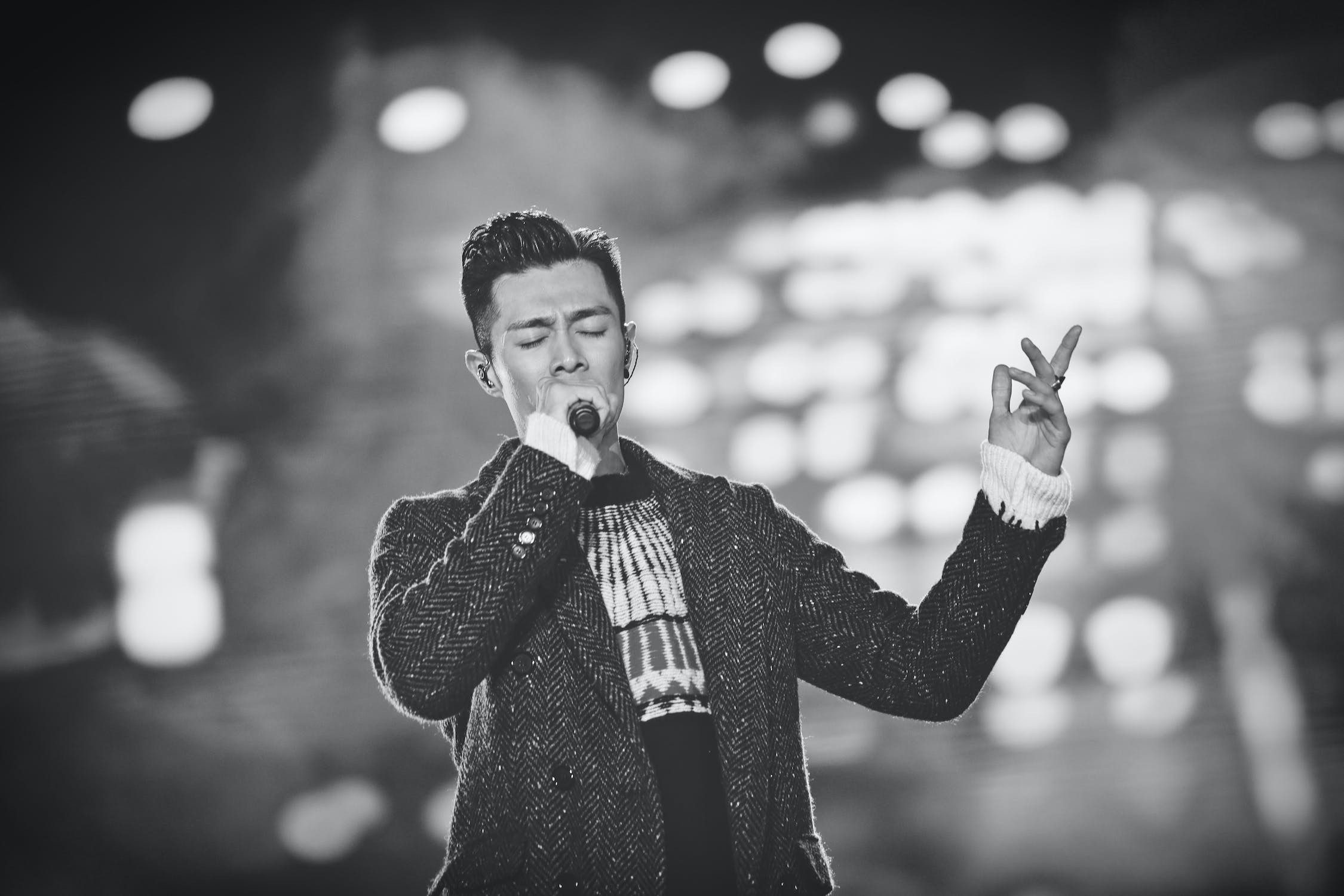 How do you “Motion control”?

Despite the expressiveness motion brings to the table, it also opens up a whole new dimension of control that never existed before. Let me first tell you how the wearable controllers work.

As we live in a 3D world, the wearable controllers capture our motion and translate it to a 3-dimensional control signal to the music. Sounds complicated huh? Don’t worry, let me break this down for you. Let’s use MO-Band as an example. You know those knobs on mixing consoles or MIDI controllers right? With MO-Band, you can think of the movements of your hand as 3 different “knobs”. When your hands go up-and-down, you turn the first “knob”, when you roll your hand left-to-right, you turn the second “knob”, and when you point your hand at different directions, you turn the last “knob”. Just like moving the physical knobs will change the sound, you change your music and effects by the way you move. What’s great about that? Without the MO-Band, we can only tweak two knobs at the same time with our two physical hands, but with motion control, we can control 3 “knobs” simultaneously with only one hand. 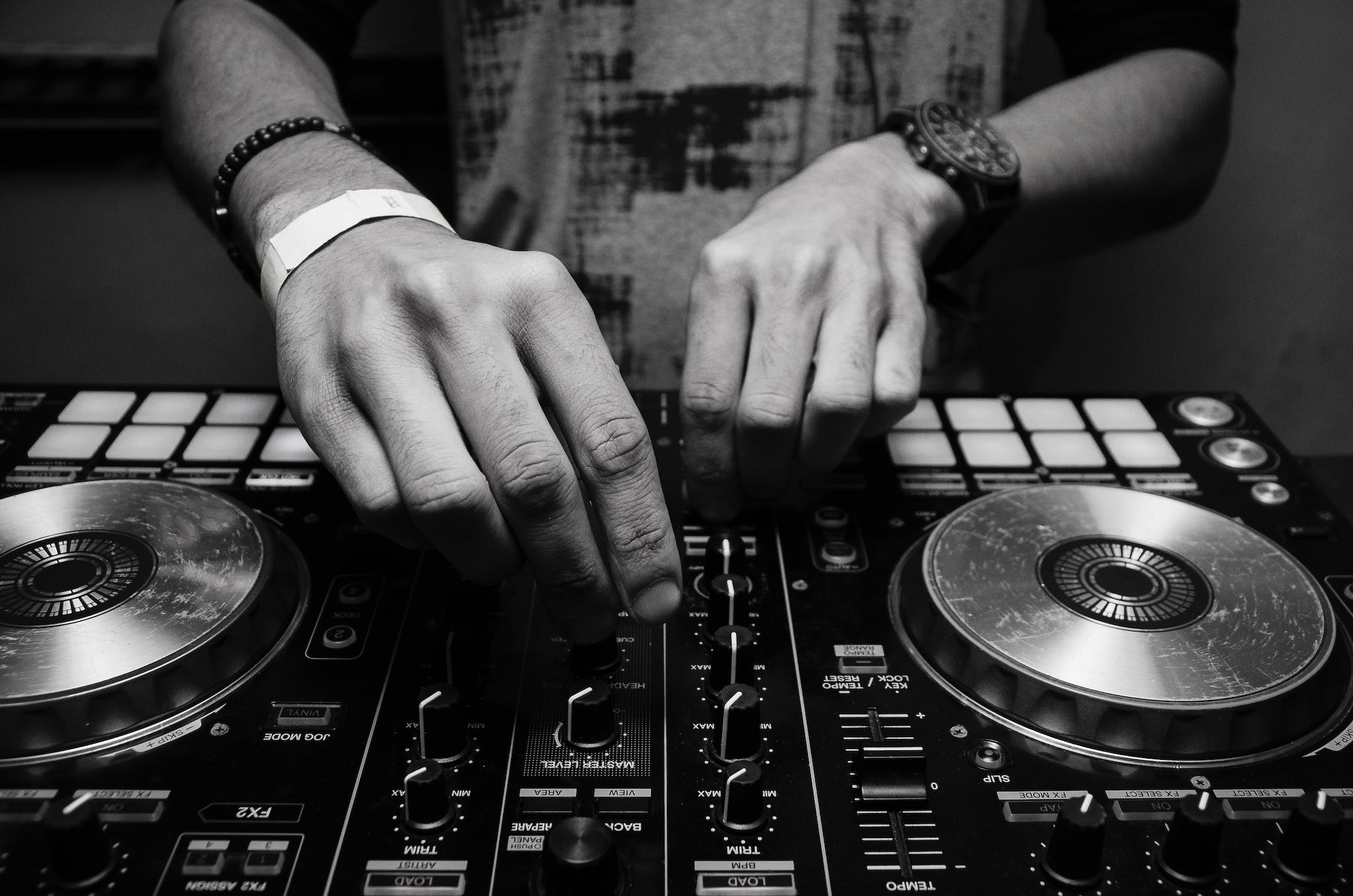 Another cool feature MO-Band offers is the ability to detect short and quick motion like swipe, and translate it into a trigger signal. Different than the continuous control which is like a “knob”, a trigger signal can be considered as a “push button” to trigger samples and clips. A swipe can go 4 ways - left, right, up and down, right? So guess what? We have an additional 4 separate motion driven “push buttons”.

Now you know how it works, let me give you some amazing and practical scenarios to integrate motion control.

Remember the 3 examples we talked about at the beginning? Think about when the singer raises their arm, a vocoder goes on and gives the vocal a nice and rich harmony; when a guitarist raises the guitar, the effect chain changes from clean to distortion; when a keyboardist “vibratos” a key, the key can now understand and translate the vibrato just as good as a violin.

Here’s another example for using the motion triggers - imagine a DJ on stage lifts their arm to take music away, leaving a house of suspense, suddenly the DJ swipe down their arm and triggers the drop, the crowd just goes crazy! how cool is that huh!